Chilli had 7 puppies to Harry (the old boy still has it!). 5 girls and 2 boys – all chocolate. 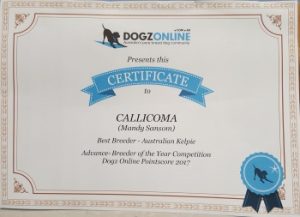 We have been announced the Dogzonline Best Breeder – Australian Kelpie for 2017! Thanks to all who show and trial their dogs – you have all contributed to this award 🙂 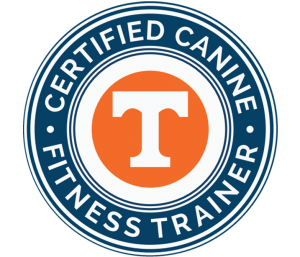 I have become a Certified Canine Fitness Trainer 🙂 I have been studying all of 2017 with the University of Tennessee. 6 months of online study, a trip to Tennessee for my practical studies, completed 3 Case Studies and then my final exam – and I passed !!! 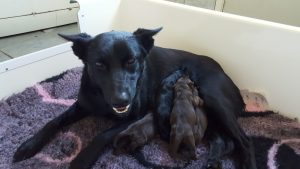 Big weekend for Callicomas – Jack trialled in Rally Obedience in Victoria and gained his RN title, Tyler trialled in Rally Obedience in Brisbane and scored a near perfect 96/100, Ruby trialled in agility in Brisbane and gained her JDO2 title, Kuba showed for the first time in minor puppy in Victoria and won best Minor puppy in group, Button showed in Cairns and won Best in Group and Busy also showed up in Cairns and won 3 x Best Minor Puppy in Group and gained the final points for her Championship title at under 9 months old! Oh, and Nancy had 5 babies to Elbrylach Corduroy 🙂

Tango gained her third qualification in UD to gain her UD title – our first Callicoma with a UD title in obedience. She is now working on her Obedience Championship 🙂 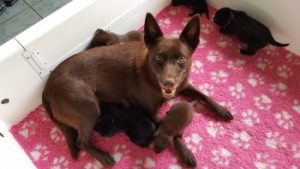 Spice had seven babies to Liquorice.

Nina is a Neut Ch in the show ring 🙂 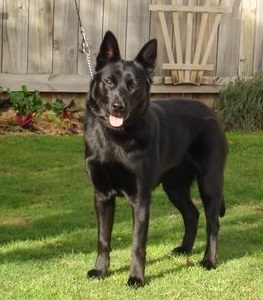 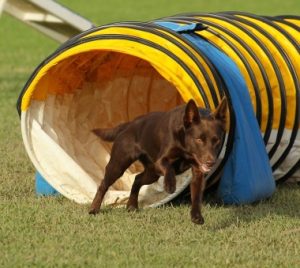 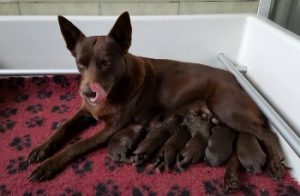 A weekend of successes! Scoop became a neutered champion, Kelly became a tracking champion, Nina got her Rally Novice title and Tango got her Rally Advanced Excellent title. Thankyou to those dedicated owners for putting in all that hard work! 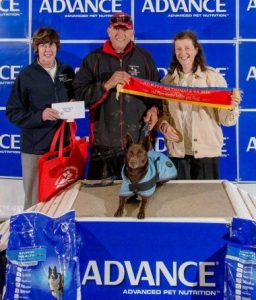 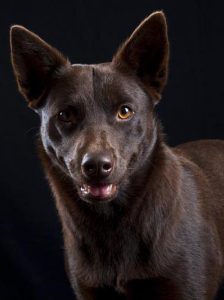 Trumps has been mated to Harry – puppies due 16th June. This is a repeat of the mating that produced my lovely Blue. Update – 7 puppies seen on ultrasound 🙂

Flash won Best of Breed (and best Veteran of Breed) in Luxemburg at 11 years old – she looks fantastic and I can not believe she is 11!

Ruby competed in 3 JDO classes, for 3 quallis! and Scoop won Best Neutered in Group then went to a Rally O trial and got 3 quallis and her RN title!

Button had her babies – 5 boys!